How people treat animals very often has to do with knowledge.

Especially in our work with working donkeys in Bulgaria, it is striking to witness that people often love their animals and do not want anything bad for them. Nevertheless, the animals suffer because they are fed incorrectly out of ignorance or because their health problems are not recognized. Animal welfare activities always directly benefit one or more animals and improve the life of that animal or group of animals. But they rarely solve the basic problem – because the basic problem always lies within humans and their handling of animals. Therefore, animal welfare can only be effective in the long term if it is linked to information and education.

Children – The future decision-makers of society

In thelong term, the influence of children in the handling of animals is crucial. Children and young people are still very receptive to the development of respect and animal welfare. Vets in Action make school visits to kindergartens and primary schools in Italy, Bulgaria and Greece in order to talk engagingly about animals. Together they work out to understand the body language of different animals and to respond accordingly. Children learn that animals are beings like us who feel love and happiness, pain and sorrow. Then there is the question: how do so many poor street animals come about and what would have to change so that it is no longer so? 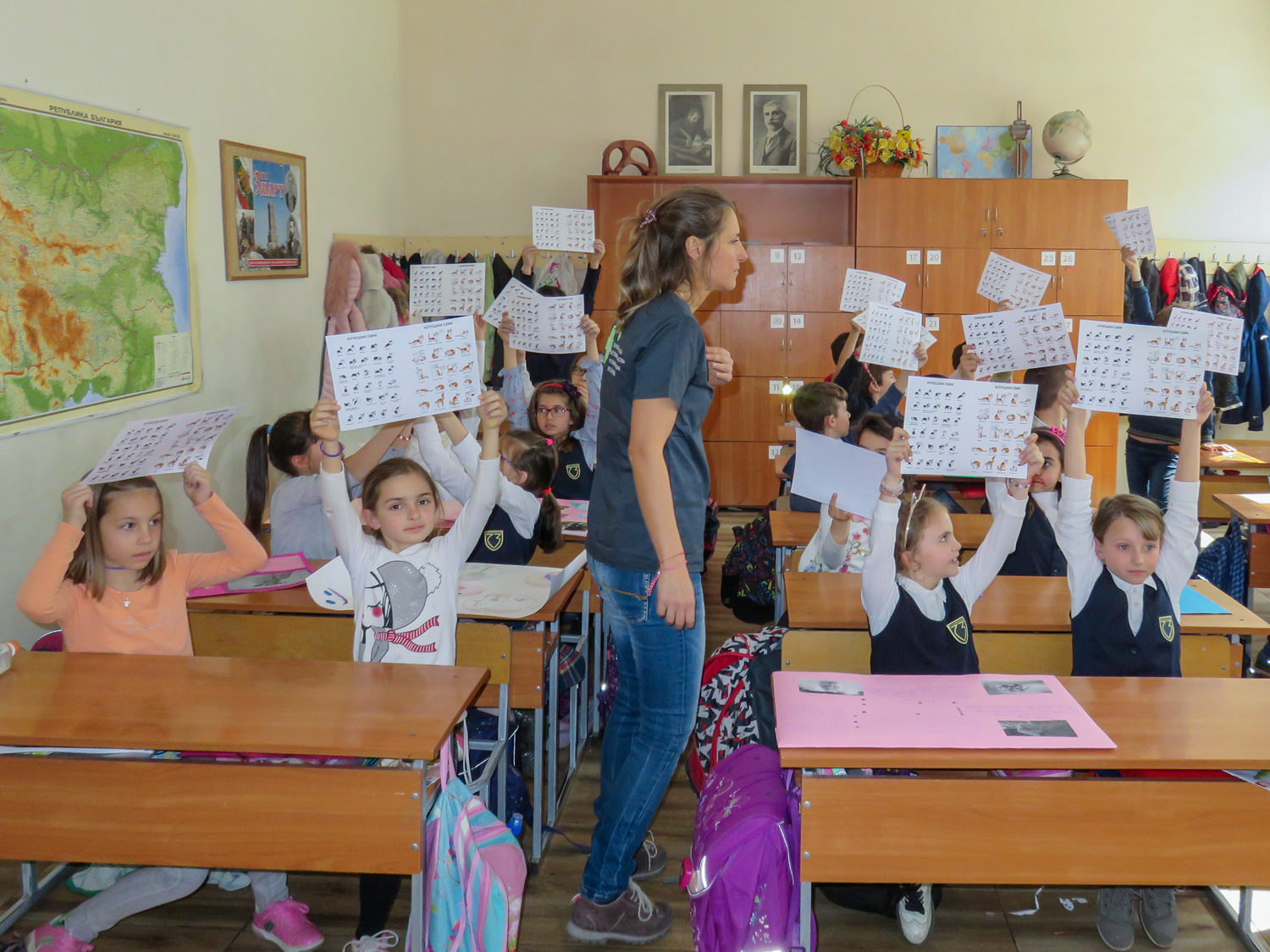 The aim is not only to impart knowledge about animals, but to address the effects and consequences of human action too. Animals are not gifts or toys, they must be treated well and they must not simply be set aside. Children learn that the owner is responsible for the pet. Empathy and animal welfare are anchored in young people at an early age, so that they can make better decisions in the future than their parents do today. In the best case scenario, the children bring their knowledge home and generate a change of mindset in the entire family. 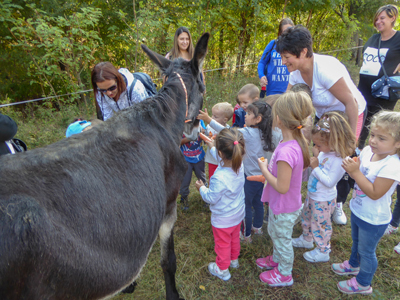 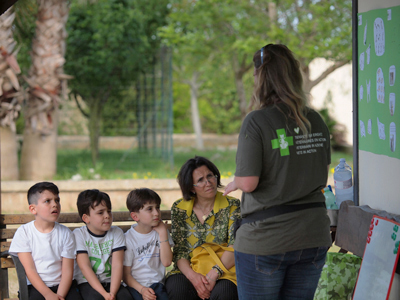 All stray animals ultimately come from pets - they are the source of new animals on the streets again and again. Many pet owners lack knowledge about castration, cannot afford it, or lack awareness of the fate of their abandoned litters. By means of information campaigns around our castration campaigns, Vets in Action talk about options but also about duties. Most owners are unaware that their pet has to carry a microchip and that they are the person responsible for their pet and the offsprings. Here is an example: Our flyer for Greek pet owners addresses certain myths and informs on all matters related to castration. 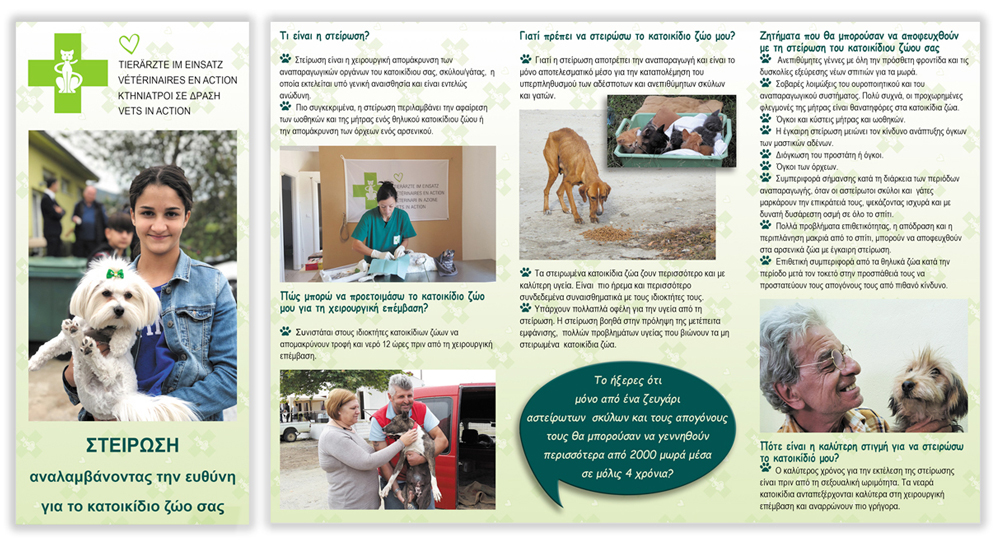 Decision-makers and law enforcement officers, regional governments, municipalities and police are our daily ‘contractors.’ Without the blessing of the official authorities, we cannot carry out castration operations. That is why persuasion is a big part of our work. Only if we can convince those people of the effectiveness of castrations and prevent them from building more dog prisons or carry out killings can the stray animal problem be solved. All types of killing that have been used to reduce strays in the last 20 years have proven ineffective. After a couple of years, the previous density of animals would be there again and the vicious circle begins once more. Some communities have become aware of this fact. Vets in Action start right there and present the alternative: WHO studies prove that castration is the only sensible and humane solution and we can now, too, present excellent results of our own. The two-year programme, developed by Vets in Action, provides for around 2100 castrations carried out by the foundation, but also requires a number of measures from the municipality. But it is not only with regard to castrations that we are cooperating with the authorities. In the meantime, we regularly teach police cadets. It is about what their rights and duties as police officers are, when they should and are allowed to intervene. Obvious animal cruelty is one thing, but we also teach them to intervene when it is "merely" about neglect. That way, the aspiring police officers learn to look closely at animals to see if they have food, water and weather protection and to intervene if that is not the case. 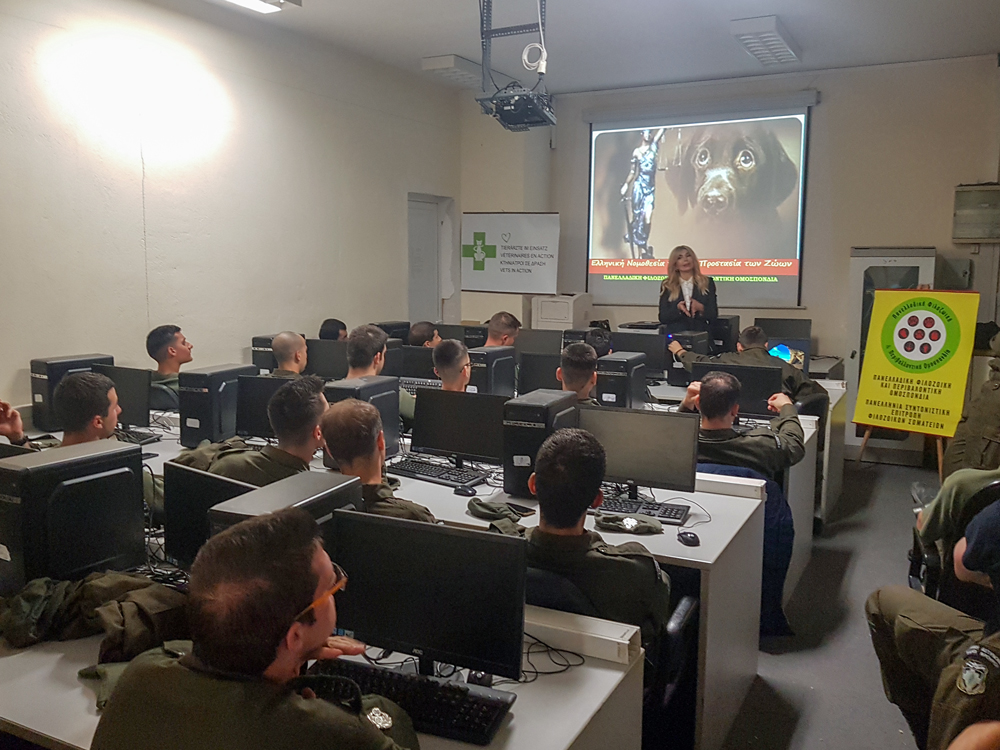 Bulgarian Farmers - Awareness on Keeping and Feeding Their Working Donkeys 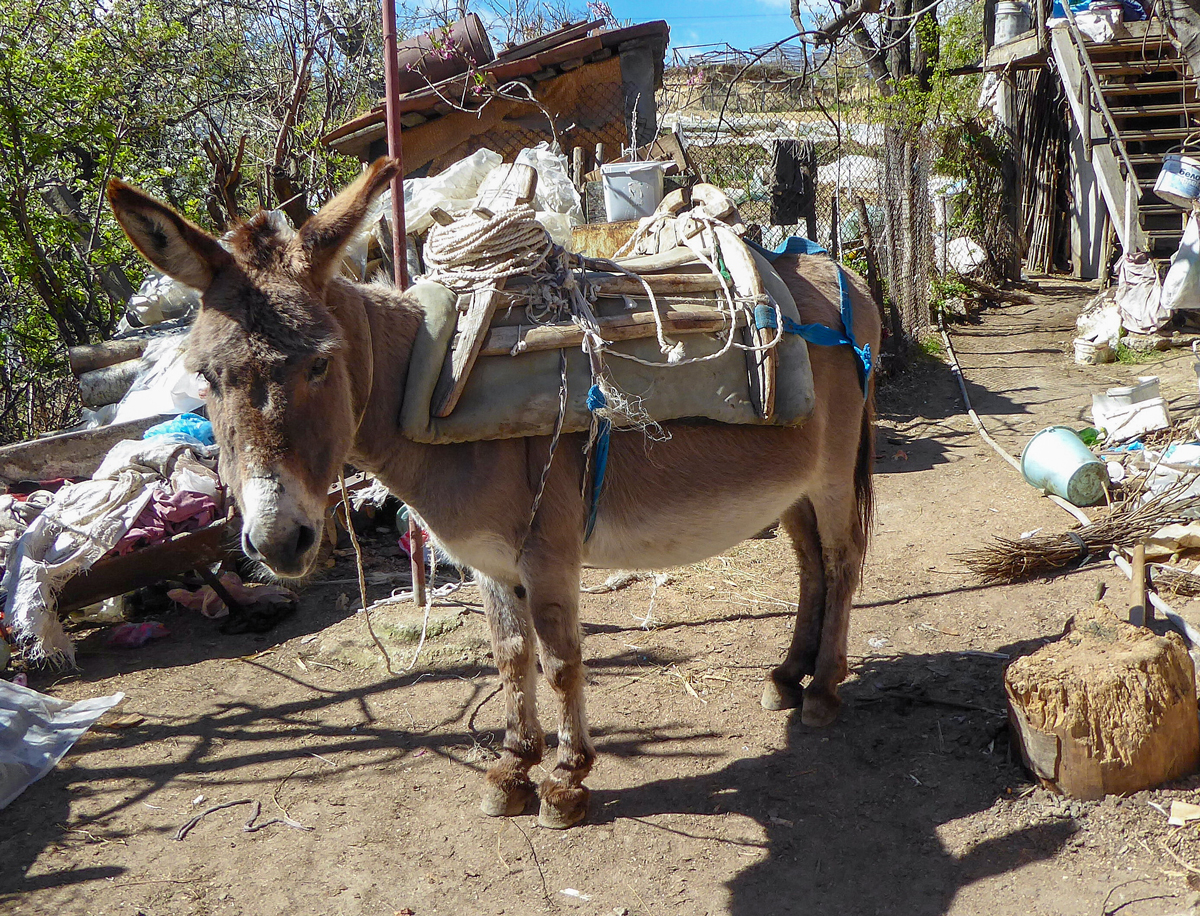 Back to the Bulgarian farmers and their working donkeys. In the region around Gotse Delchev in south-western Bulgaria, the situation of working donkeys has already improved considerably. ) There is talk that the tips of the Vets in Action are good, that the animals are really better off as a result and that they ultimately also perform better. Constant education has led to the abandonment of old traditions that are harmful to animals. Our years of consistent veterinary work with donkeys have created trust among the farmers, with which we can achieve positive changes for many moreanimals. This takes place through education and not just for the animals we know now but for their future brothers and sisters. In the meantime, we can also talk to the farmers about the castration of their dogs; more and more of them are ready to do so. 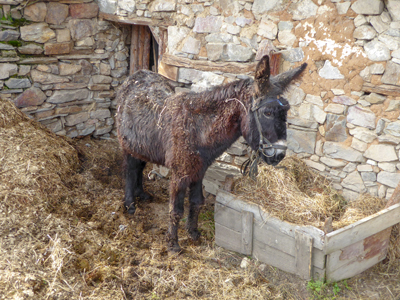 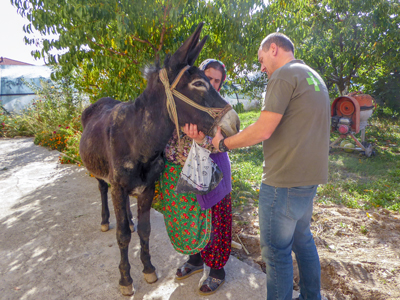